Is Calvin Harris a Scumbag?

Bouncing Adam Richard Wiles B.K.A  DJ Calvin Harris (28)  claims to have ‘Created Disco’ in 2007.   Skipping  over the contribution  of many talented artists across many decades, Harris also skipped the usual apprenticeship in the clubs or working hard on indie labels, and went from posting his own D.I.Y. electroclash music online through MySpace and similar sites to signing with a multinational giant (EMI) almost in a single step.

Harris was ‘discovered’ by  BROOKLYN taste-maker and trend-creator Tommie Sunshine  and his first album, I Created Disco, was released in June 2007.

He is now famous for having written and produced records for some of the brightest lights in the starscape , including Kylie Minogue, Sophie Ellis-Bextor, Dizzee Rascal, Cheryl Cole, Example, Rihanna (on the international chart-topper “We Found Love”) and  Ke$ha.

But according to the  NOTW, Harris was (and still is) a bit of a Britvic. ( A bad mixer.)

In 2009 John Earls  reported that ‘Harris is fast becoming one of the biggest pop stars in Britain – but he hates people so much he struggles to work with any other musician.’ Apparently being a loner was part of his make-up.

Harris himself remarked, “Since […] I’ve spent 70 per cent of my time on my own, making songs in my bedroom. It’s bound to affect [my] personality…” 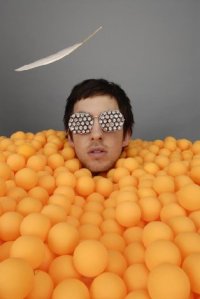 In April 2008, Harris made a big song-and-dance about losing his laptop at London’s Heathrow airport.  Sob, sob. He said that it contained all the work for his upcoming album, ‘Ready for the Weekend’.

Yet, in an interview with PopJustice he readily admitted that he had made up the entire story- pretending that he had lost the laptop so that he could buy himself more time to complete his album. 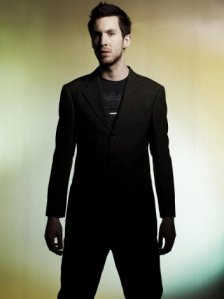 In November 2010, Harris invaded the stage of The X Factor during a performance by Jedward. He held a pineapple on his head and bent over to point at his buttocks.  Harris was ejected from the London Studios by security.

Although he apologised for the behaviour on Twitter, he later admitted that he wanted to make a ‘mockery’ of the X Factor.   Speaking to Radio 1’s Chris Moyles he explained: “For the greater good of the nation I wanted to go out there and make an idiot of myself…  and bring the whole show into another area in which it’s treated as a joke.” 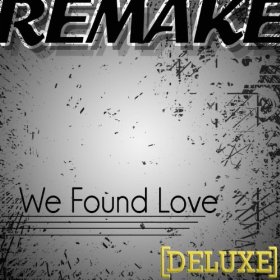 Harris was the house DJ at the 2012 MTV Video Music Awards held at the Staples Center, Los Angeles, where he won Best Electronic Video for “Feel So Close” and Video of the Year alongside Rihanna for “We Found Love”.

But Harris was not able to provide work for RiRi’s latest album  ‘Unapologetic’ citing pressure as one of the reasons.  Even though he was specifically asked to contribute towards the album, he told the BBC: “You go into the studio and you’re like, ‘I need to sit here and I’ve got two days to make probably one of the best records that I’ll ever make in my life’.

“Obviously I didn’t do anything, so I’m not on the record. I did a decent tune, but you can’t work under that kind of pressure. I can’t anyway.”

Harris also revealed that he turned down the opportunity to work with Lady Gaga because he was “busy”  and “didn’t really like the songs.” 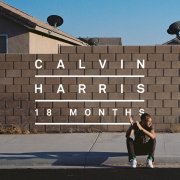 Most recent album ‘18 Months’ was released in  October 2012 by Columbia Records and includes the singles “Bounce”, “Feel So Close”, “Let’s Go”, “We’ll Be Coming Back”, “Sweet Nothing”, and “Drinking from the Bottle”. The guiding principle of the project for Harris was, apparently, to “go for it and see how many people I could get on one record. ”

But the A.V. Club’s Chris DeVille felt that the album “suffers from EDM fatigue” and that “almost every track eventually congeals into the same automaton thud.”

Nevertheless, ’18 Months’ debuted at number one on the UK Albums Chart with first-week sales of 52,356 copies, becoming Harris’s second consecutive number-one album in the United Kingdom.