Apart from his determination to succeed, what differentiates the London UK artist ALEX DUTTY from other rappers is his ability to entertain the listener while remaining completely honest. 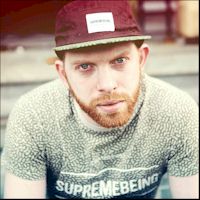 Some gorgeously velvet vocals to go with rap…

By choosing to ignore the stereotyped content of ‘guns, drugs, money and hoes’ the rapper delivers brutal, relatable & disarmingly sincere accounts of his deprived childhood. The artist regards himself as a mouthpiece for people that grew up in broken homes and who battle financial issues, self-doubt, and hardships on a daily basis — issues which are rife on his forthcoming debut album ‘Knock Down Ginger’.

Also a producer & engineer, Alex has been busy completing his debut album ‘Knock Down Ginger’ for the last 5 years.

It’s a smooth and properly flowing popper with attractive beats and some gorgeously velvet vocals to go with rap and the cool contemporary afro-swing vibe.