After a calculated hiatus, Auckland IMAGE aka “the flyest rapper down under” resurfaces with new track “Ordinary Civilian” a lyric poem rendered in recognition of the literal form of daily actuality in NZ. 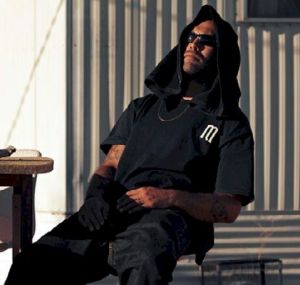 Trustworthy confidante MIKS also returns with his hallowed hallmark production to present a sample driven beat that corresponds elegantly with the IMAGE signature mode. The introductory episode, in a planned program of three, titled “Ordinary Civilian” takes the voyager on a modal Californian excursion through the eyes of the NZ rapper as he prepares his mission.

The rhythms are a tight-mixture of crushed rock and tar, the sounds arrive as single-ply emotions in little sachets of something sticky — maybe grubby, even — that are laying about the dry landscape. The stubble-rap is bristled and very probably knuckled — but ultimately, this is responsible & observant.